Lisa Segal is an artist/poet/writer. Originally from Phoenix, Arizona, she has lived in Los Angeles for over three decades. She has a degree in Information and Library Science from UCLA, but after a brief stint as a cataloger at the Beverly Hills Public Library, she realized she’d rather write a book than figure out its call number. She has studied Jack Grapes’ Method Writing since 2007.

Lisa is a founding member, and past chair, of StudioEleven, a Los Angeles artist collective. A teacher of poetry and writing through the Los Angeles Poets & Writers Collective, she has written four books: METAMORPHOSIS: Who is the Maker? An Artist’s Statement (her exploration of the artistic process through her poetry, prose, and photographs of her assemblage sculptures); Kicking Towards the Deep End (her solo poetry and prose collection); Trips (a three-poet collection which includes the poetry and prose of Josh Grapes and Olivia O. Wyatt); and her textbook, Jack Grapes’ Method Writing: The Brush Up. She is published in literary journals and anthologies and has won prizes in the Cultural Weekly Poetry Prize and won the Los Angeles Poet Society Poetry Month Contest.

For more info or to register for her “Brush Up” class you can contact her by visiting her class page.

Kevin Jacobsen is a Norwegian-American writer and actor based in Los Angeles. He was raised in a fishing village in Norway where he learned to hunt moose, knit scarfs, and tell stories. After two semesters of law school in Oslo, he realized he was the only one memorizing legal cases and roleplaying litigants. So he packed his bags and moved to Hollywood. Kevin has since appeared in fifty national television commercials. He has studied Jack Grapes’ METHOD WRITING for five years. His stories and poems have appeared in several anthologies,  including I’ll Have Wednesday, Los Angeles Poets & Writers Collective, and ONTHEBUS. Due for publication late this year is his book of short stories, Working Title. He also has two dramatic television shows in development. He lives in Hollywood with his wife, the bestselling author Annie Jacobsen, and their two sons.

Josh Grapes is a graduate of Sarah Lawrence College where he studied History, French, and Theater. He’s been teaching courses in METHOD WRITING for 6 years, though his knowledge of the method goes back to years of sitting in his dad’s living room while classes were being taught. He also works privately with writers consulting and editing their books. Beside teaching regular courses in Method Writing, he’s developed classes that focus on the editing process: “Frankenstein’s Lab,” where, in his own words, “we take the writing apart and put it back together.” These 8-week classes are held four times a year. With Lisa Segal, he teaches follow-up classes in Method Writing called “The Brush Up,” also held four times a year. He and Lisa also teach a special one-day workshop, “Beyond the Frame in Space and Time.” His first book, Trips, featured his work along with the work of Olivia Wyatt and Lisa Segal. His first complete book of poetry was published in 2019, Self-Portrait in Hell. He is currently working on a new book whose title, so far, has been a closely guarded secret, but he often refers to it — as James Joyce referred to Finnegans Wake — as “Work in Progress.”

Jules has studied Method Writing with Jack Grapes for over 16 years. In 2017 she launched the original Jack Grapes’ Method Writing live online program. Her classes are four times a year, and each class runs for eight weeks.  She also offers two specialized five-week classes, The Image Moment and The Refresher. Her main focus is to invite students to experience and write from the Creative Genius that lives inside us all. Jules is also a Creativity Coach supporting clients writing and editing their books. She ran a writing/editing class for four years and has studied with the poet David Whyte in both the British Lake District, and on Whidbey Island where she did his nine-month program in Conversational Leadership.

In 2015 Jules released two books, a poetry anthology called I Want a Stonehenge Life, plus a quirky non-fiction book, The Nanny Chronicles of Hollywood, plus wrote a movie, Pen Name.  Her upcoming book, Dear God – Letters From An Agnostic will be available spring 2021. She has been published in two volumes of FRE&D and the most recent edition of ONTHEBUS. After volunteering at Venice High School where she taught Method Writing to students in the POPs program, was published in In The Key Of Love. Jules is originally from the UK but has lived in Venice Beach, California for over two decades.

Alexandra Kostoulas is the founder and executive director of the San Francisco Creative Writing Institute.  She has an MFA in Creative Writing and English from Mills College and a BA in Literature & Creative Writing from the College of Creative Studies at UCSB.  She had been teaching Jack Grapes’ METHOD WRITING Program in San Francisco since 2012.  Before that she taught English, Composition and ESL at the college level for many years. She has won numerous awards in fiction, poetry, and journalism. She has published short stories, journalistic pieces, and poems across a wide array of literary journals and other media. She has performed her work on stage at readings both locally and nationally. She is currently at work on finishing up her novel, Persephone Stolen that weaves in themes of the Persephone myth, stolen artifacts and an immigration story during a time of economic downturn and great illness. She just finished a book of poetry called Becoming Athena.

For more info on classes in San Francisco, contact Alexandra at:
email: alexandra@sfwriting.institute
or thru her website: http://methodwritingsf.com
Also phone number for SF Creative Writing Institute: (415) 371-9054

Ivy Kaller is a natural philanthropist, and teacher. She was born in New York City and graduated from Hunter College with a degree in Liberal Arts. She moved to L.A. in 1984 and began studying with Jack Grapes in 1999. Through Jack’s METHOD WRITING group, she became involved with the Los Angeles Poets and Writers Collective, which published ONTHEBUS and books by other Los Angeles poets. In 2007 she moved to Maui. After looking for a writing group to work on her novel, she found none that delved as deeply nor as specifically as Method Writing. A friend said to her, “Why don’t you start a group of your own?” So she did, calling it The Collective Underground. Over the course of several years, she introduced them to the basic principles of METHOD WRITING, and in 2014, she wrote, edited, and published, along with Marina Galvan, Method Writing With the Collective Underground, available on Amazon. The Collective Underground is about art and poetry and truth and process and writing. The group is still active on Maui, writing and publishing. For more information, contact Ivy Kaller at:

Kathrin Seitz is a writer, editor, producer and professional coach who spent thirty years as a creative executive in the publishing, television, film, animation and toy industries in Los Angeles and New York City. As a coach, she works with private clients around the country and conducts Method Writing Workshops in Midcoast Maine, New York City and Florida. Her writings have been published in Evergreen Review, Lear’s Magazine, ONTHEBUS, Method Madness (a magazine she created with her students), The Herald Gazette and Maine Home+Design. She also teaches writing at Maine Media Workshops + College. Kathrin received an MFA from Spalding University in 2014, and is currently finishing her first novel. For more info on her Method Writing classes: http://www.kathrinseitz.com/

Natalie Skorykova was born in Kryvyi Rig, Ukraine. It’s the “longest” city in Europe: gray, industrial, and boring. When she was a teenager, her parents, her friends, even total strangers told her that she had to have a serious job in an office, that the creative life was not her calling, so forget about writing and poetry and reading all those books. So when she was 22, she moved to Kyiv, where she got a job working in an art gallery, becoming the top manager 4 years later. She had a serious job and money, but didn’t like the life she was making for herself. Money: yes; writing and poetry: no. So she left her job and started the big journey: to discover who she was. In a writing workshop in Kyiv, she met someone who had been studying at Cal State filmschool. He mentioned Jack’s Method Writing classes. So she flew to Los Angeles, spent over a year in extensive training, then returned to Kyiv to teach Method Writing. Classes were initially held in the National Library of Ukraine in the heart of Kyiv. Many of her students are now preparing their first books for publication. She currently has over 40 students, including living elsewhere in Ukraine who are able to take virtual classes through ZOOM. She also offers her course free of charge to all Ukrainian veterans who took part in military operations in the East of Ukraine. Her work was featured in a recent issue of ONTHEBUS, and her debut book of poetry and prose will be published in Los Angeles in 2020, tentatively titled “Don’t Stop Me Now.” Her dream is that Ukrainian literature will be free and alive, and that Ukrainian authors will be known throughout the world. She finally found a serious job, a serious calling. 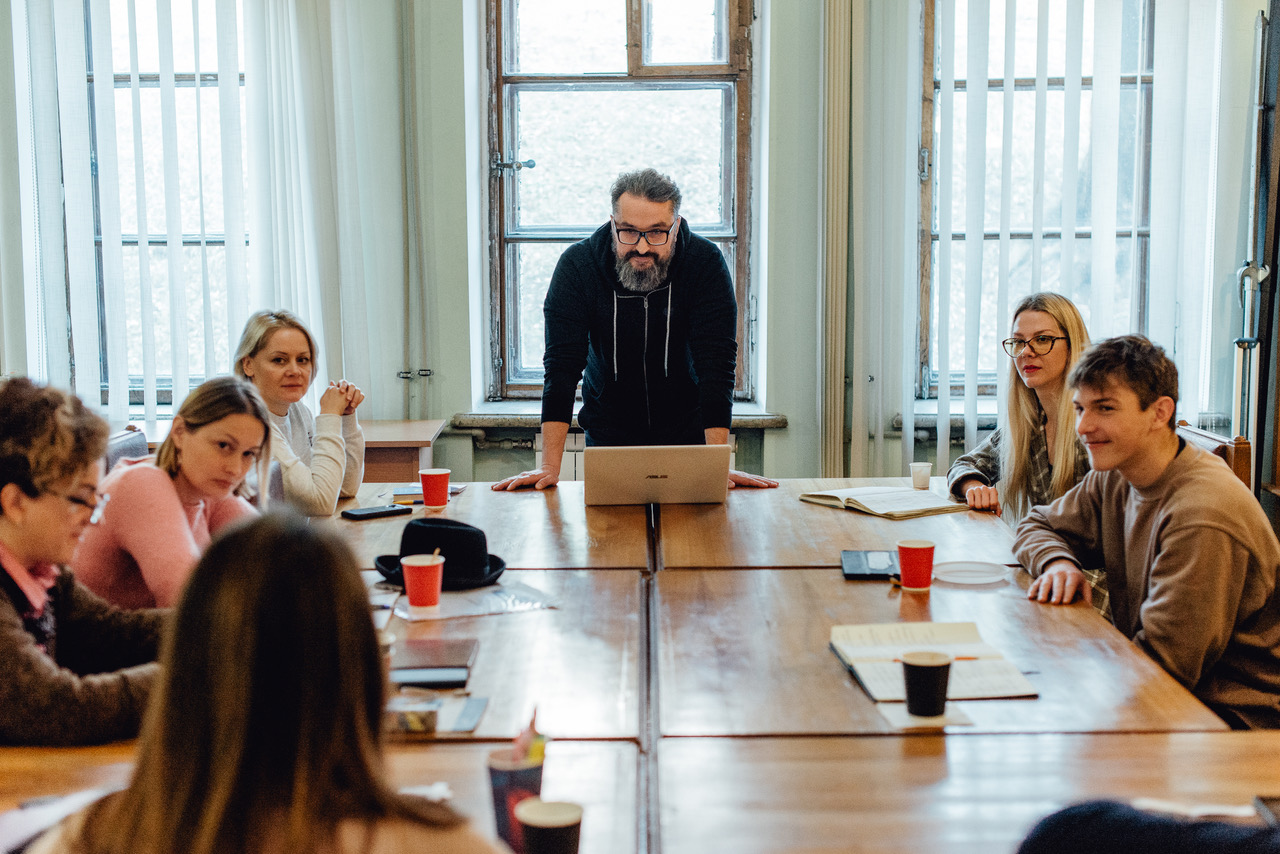 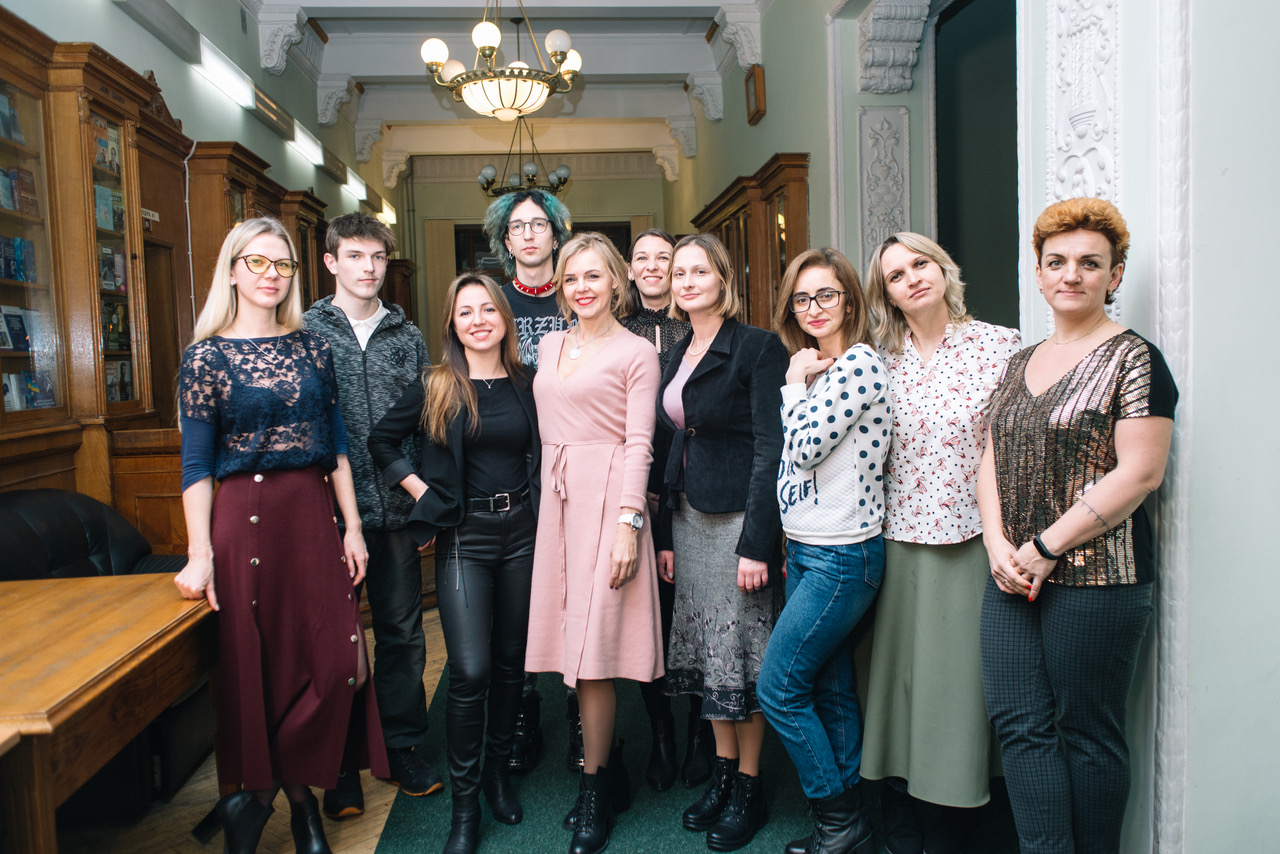 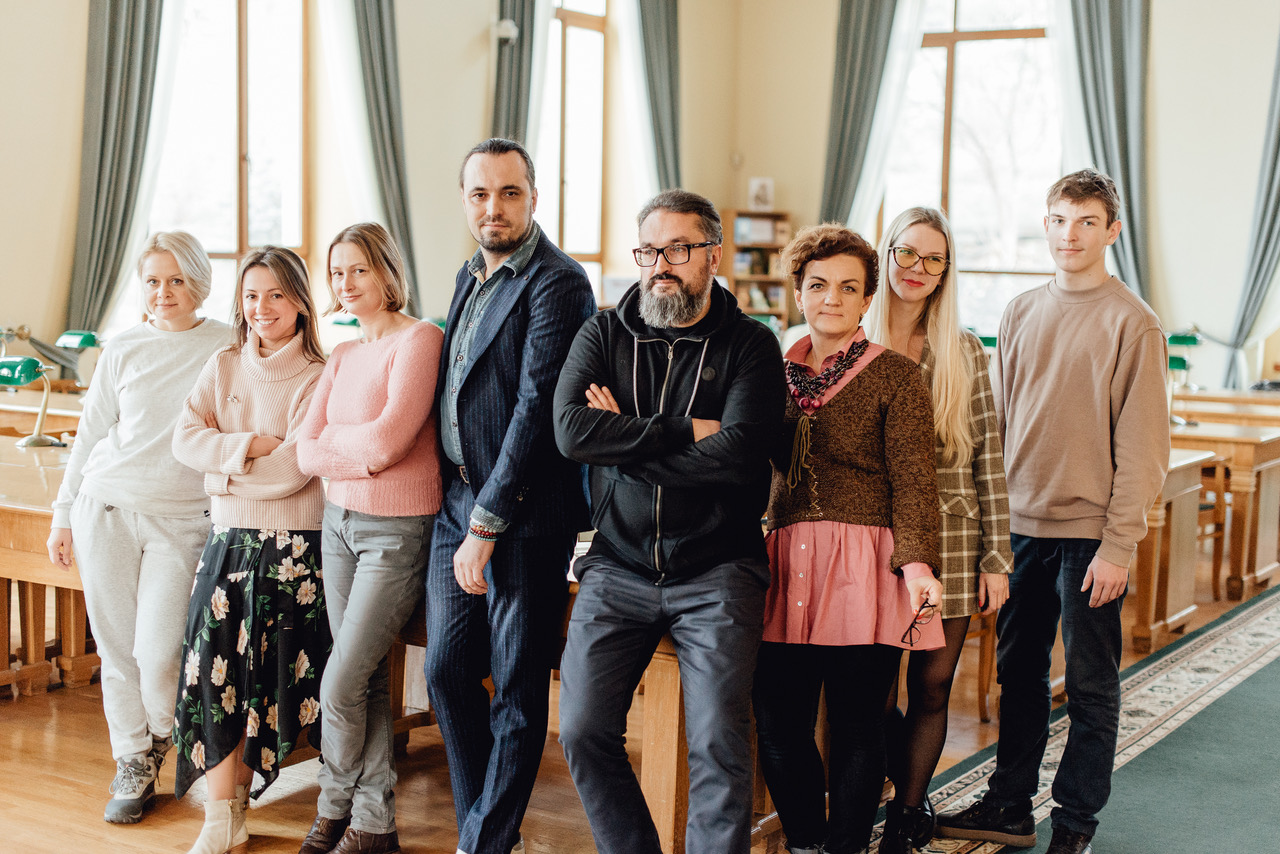